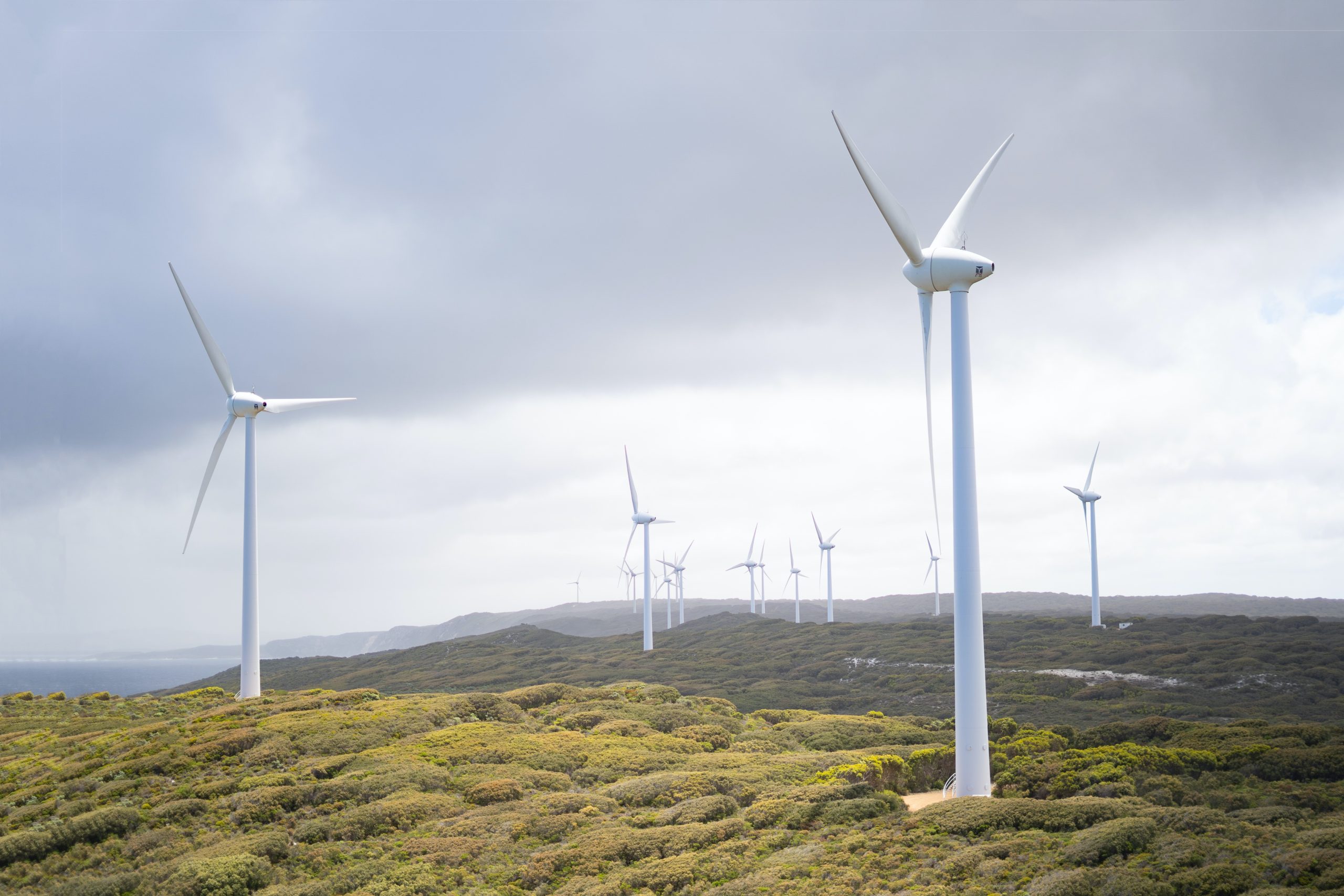 Believe In Our Resources

"Scotland is one of the world's most naturally wealthy nations. Rich in food, water, energy and other natural resources. It is certainly not 'poor' like some people claim it to be."

“Scotland is one of the world’s most naturally wealthy nations. Rich in food, water, energy and other natural resources. It is certainly not ‘poor’ like some people claim it to be.”

Scotland’s GDP in 2021 is estimated to be £180.7 billion in total, or £32,974 ($39,000) per person. On day one of independence, this would make Scotland richer than Italy & Spain and just behind Japan. We would be twice as rich as Hungary, Poland and Croatia and three times richer than China (source).

This is not the narrative that is painted of Scotland’s finances. The focus is never on how rich we are as a nation. It is how much of a “deficit” we have. The accusation levelled at Scotland is that by running a deficit we could not afford independence, ignoring the fact that only 24 countries in the entire world reported a surplus in the last couple of years. Running a deficit is normal. Scotland’s deficit of 12.3% is lower than the USA deficit of 14.5% as countries around the world readjust to a post-Covid era. But how many reports have we seen on the news about America not being able to afford to be independent?

It is fair to say that our country is so rich it is embarrassing for others to say otherwise.

Take whisky as an example. In 2019, exports alone were worth over £4.9billion to the Scottish economy.

Oil & Gas – a sector that the UK Government actually pays to extract the fossil fuels from the ground – is worth over £4.6billion in exports. In fact, under Westminster control, the North Sea has been mismanaged to such an extent that Norway (a population almost exactly that of Scotland) has managed to generate 25 times more revenue from oil and gas since 2015, compared to the UK, bringing in £82.2billion while the UK only took in £3.3billion.

Oil and gas is harmful to the planet and is a finite resource. It is not a reliable source of energy as recent sky-high prices have shown. Had the UK Government looked after Scotland’s natural resource carefully, we could have weathered the energy crisis of 2022.

How? With renewable energy! If you had to design a country that would run off renewable energy, it would be Scotland. Scotland generated enough wind energy in 2021 to power every single home in Scotland for 3 years. One of the first known hydro-electric schemes was built at the Fort Augustus Benedictine abbey in the 19th century. The scheme provided power to the monks living there as well as 800 village residents. In 1926, the Clyde Valley Electrical Power Co. opened the Lanark Hydro Electric Scheme, which used energy from the River Clyde’s flow to create power. To this day, it still has a generation capacity of 17 MW – enough to supply more than 15,000 homes. Renewable energy isn’t a relatively new concept to us Scots. We’ve embraced it for over a century!

Scotland has 25% of Europe’s entire offshore wind power resources and 10% of Europe’s tidal energy potential. In an era of concerns over spiraling energy costs, Scotland’s potential as a clean energy powerhouse would attract massive investment and with the control over energy that independence would bring, we would correct the decades of mistakes from the UK Government and ensure energy security for our nation, bringing down energy costs dramatically. Put it this way, The latest Scottish offshore wind energy price is 3.7 pence/kWh unit but Scots are charged over 28p pence/kWh unit for energy (and that cost is spiraling upwards fast!). Energy is entirely run by the UK Government. Is Scotland benefitting from producing all this clean energy? Our wallets say otherwise.

Fuel poverty in Scotland should never have happened. 96% of the UK’s crude oil, 64% of its natural gas and 26% of the UK’s renewable energy comes from Scotland. Whilst the ship has sailed in regards to oil and gas, Scotland cannot afford to have the UK Government remain in control of Scotland’s energy and make the same mistakes again.

Moving onto our creative industries – a relatively new sector but one that Scotland is embracing. There are more than 7,500 software companies in Scotland, with the number of companies specialising in digital games increasing by and incredible 1,800% between 2008 and 2019. Our digital economy generates 12,800 new highly qualified professional jobs a year. The sixth most successful game franchise of all time (380 million sales) – Grand Theft Auto – was created in Dundee, beating the likes of FIFA (7th) & Minecraft (8th). Oh, the console edition of Minecraft is also made in Scotland. Abertay University is internationally recognised as the best place in Europe to study video game degrees.

Tourism! In 2017 Scotland was voted the world’s most beautiful country by readers of Rough Guides and in 2021 Edinburgh was voted the 4th most beautiful city in the world. It’s hard to disagree! Spending by tourists generates around £11billion of economic activity for the country and contributes around £6 billion to Scottish GDP. Over 7.5 million guests visited Scotland in 2019, with the National Museum of Scotland pulling in over 2.2 million visitors alone.

The impressive thing about the above article is what we haven’t even touched on.

Scotland’s food and drink industry – Exports to the rest of the UK stood at £4.4 billion in 2019 and accounted for 37.5% of total Food and Drink exports. International exports to the EU stood at £2.8 billion (23.7%) and international exports to non-EU countries stood at £4.5 billion (38.7%). To put this in a simpler way, 37.5% of Scotland’s food and drink exports are to the UK with 62.5% exporting to the rest of the world. When’s the last time you saw that statistic?

Then there is our space industry that is estimated to be worth £4 billion by 2030, creating an average of 300 jobs a year. Our life sciences sector employs over 41,000 workers and it’s turnover is more than £5.2 billion a year. Our finance industry alone contributes more than £13 billion to the Scottish economy every single year. The list goes on!

What this article shows is that Scotland is one of the world’s most naturally wealthy nations. Rich in food, water, energy and other natural resources. It is certainly not ‘poor’ like some people claim it to be. But for everything that is to be celebrated here, one thing is fundamentally clear. And it can’t be presented any starker than with the following graph:

From the advent of the Union in 1707 onwards, only one nation of the United Kingdom has prospered. This isn’t because Scotland can’t look after itself properly, or has nothing to offer the world. This is because the UK is incredibly unequal and has a lopsided economy with everything geared towards London. We’ve all grown up being told that to be successful in our chosen profession we’d have to move down South. We never got to feel the benefits of the oil boom of the 1970’s like Norway did. When the world turns towards renewable energy, the UK Government cuts investment in it at the same time as energy prices go through the roof. People in the Highlands – the place where there is the most clean energy including wind, wave & hydro – pay the most to heat their homes.

As part of the UK, Scotland does not benefit fully from the vast riches its resources should have brought. It is held back. It has always been held back. That is the damming truth.

Scotland – as an independent country – would prosper far more than we are being told it will. We are not too poor. If anything, we could be too rich!